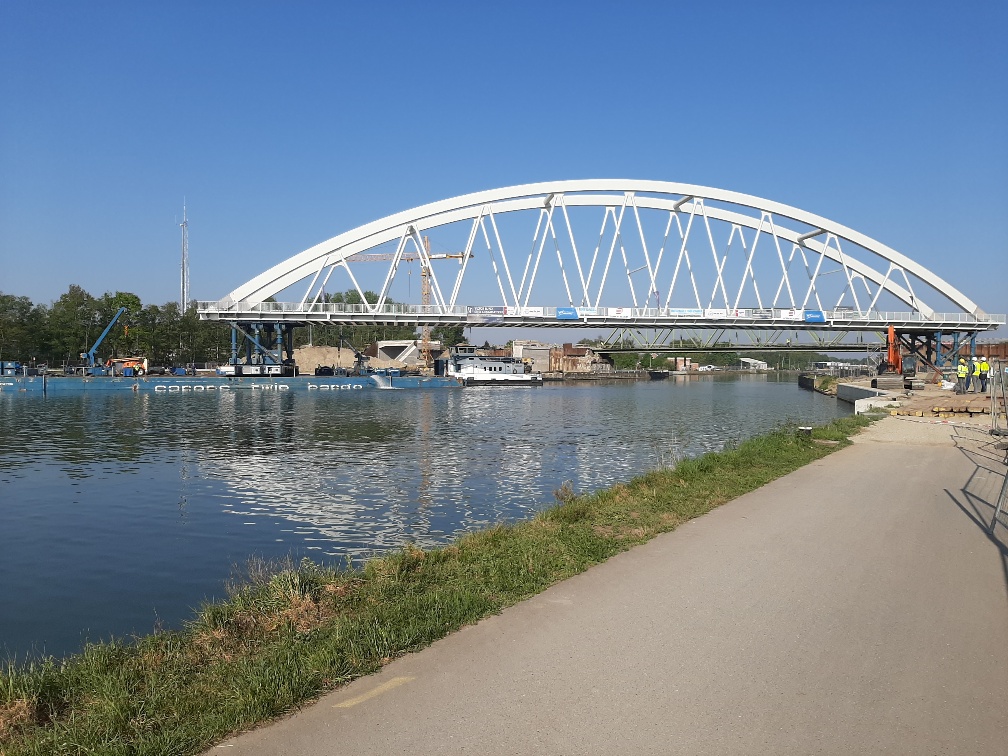 In late April of 2020, Sarens deployed four jacking towers, a twin barge, and SPMTs to install a 1.500-tonne railroad bridge over the Albert Canal in Kuringen, Belgium. Because the operation was time-sensitive, the crew only had 12 hours to finish the job. In a matter of hours, Sarens successfully lifted the railroad bridge, which had been built on the quayside, and installed it over the water.

Although the installation itself was swift, the project plans were set six months prior to accommodate the necessary railroad and canal closures and ensure a smooth operation. Rigging the equipment took approximately eight days and 54 truck transports. Sarens trucks transported all equipment, excluding the barge and deck equipment, from Sarens headquarters in Wolvertem and Ghent.

The following equipment was used for the project:

“Projects like this are part of our daily activities,” says Peter Keyen, Senior Project Engineer. “We used standard equipment and time-tested methods. There are no big technical challenges for this kind of project, but our goal for similar future projects is to continue improving efficiency and reducing material usage.”