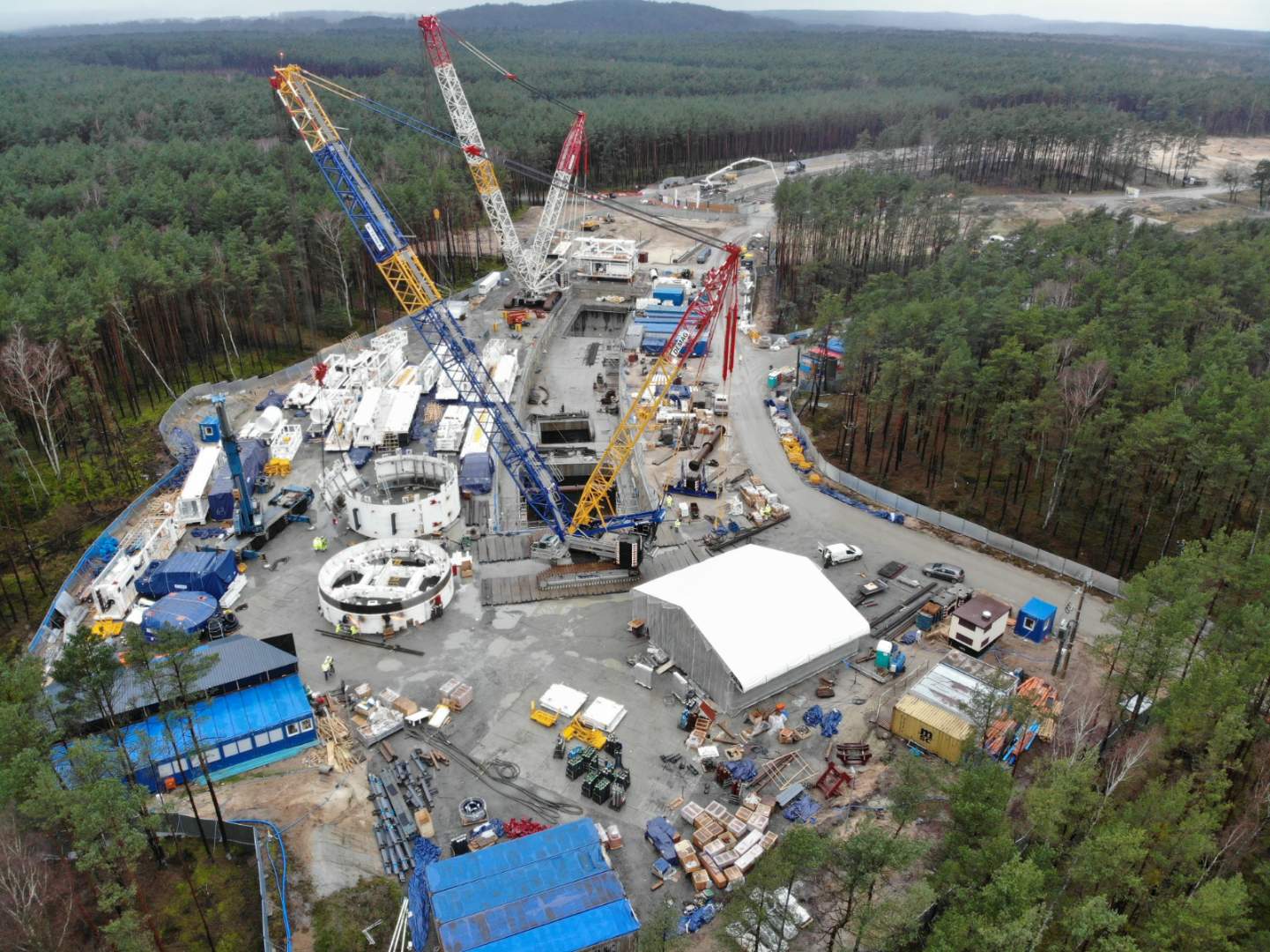 Sarens equipment and personnel were recently on site in Świnoujście, western Poland, to transport and assemble TBM drilling elements to be used in boring a tunnel below the Świna River.

For this operation, two sets of SPMTs transported the TBM elements from the port to the construction site for assembly. Then, two CC3800 cranes and an AC300 lifted and assembled the machine so it would be ready for boring operations.

Before the operation could begin, over 100 trucks were used to bring Sarens equipment on site, which took approximately four days. This would have been impossible to accommodate on such a small worksite had it not been for the special planning done by transport manager Arkadiusz Małczak.

Next, erecting the two cranes presented its own challenges due to narrow access roads, confined space, and a large number of components on the jobsite. Two teams totalling 14 people worked day and night to assemble the cranes and prepare them for operation.

Sarens would like to thank project manager Michał Izmajłowicz, project owner Andrzej Kaźmierczak, site manager Jarosław Switoń, and main crane operator Arkadiusz Mytych, as well as all the crew members who were involved in making this project a success.